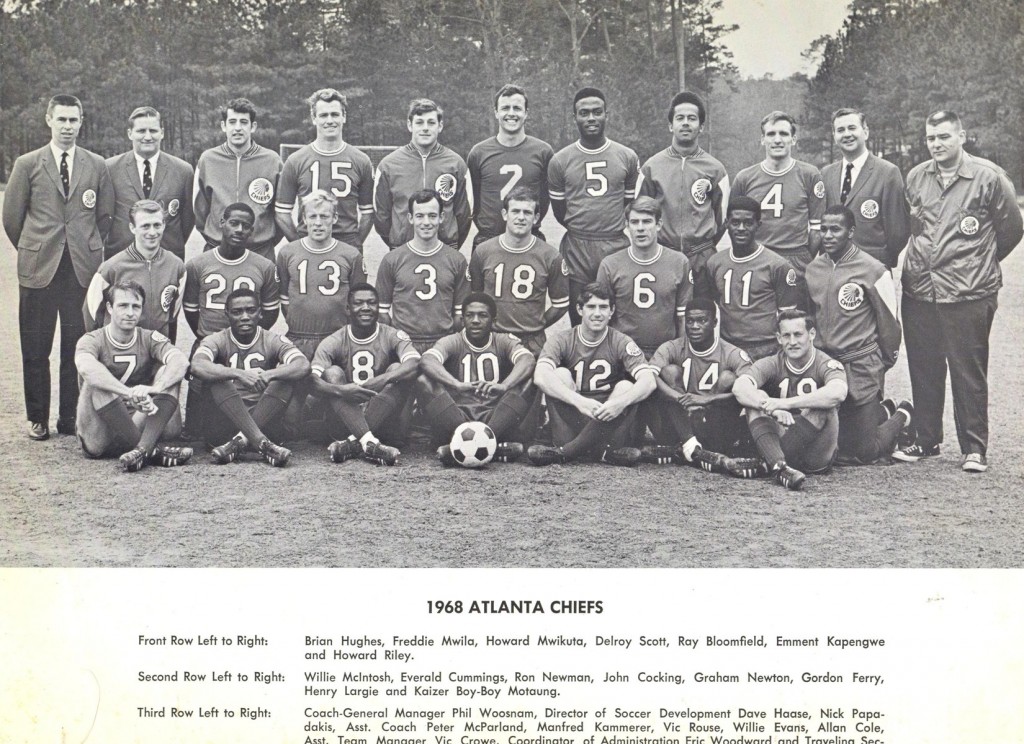 But people who live in Atlanta have seen this coming for quite some time. Whether it’s the countless Cherokee Impact bumper stickers you see driving on I-575 or the soccer fields behind every elementary, middle, and high school in the region, there was a feeling an MLS team was inevitable.

One thing that isn’t talked about that much, though, is the history of the sport in the state. Surprisingly, Georgia and Atlanta in particular has a lengthy history of soccer, both professional and amateur. Like a lot of soccer history in the US, though, much of it is lost to time.

To get to the very beginnings you have to go back to the early 1900s when players would organize in parks like Piedmont Park to play games. This eventually turned into leagues being formed around the region, much like the modern ADASL (more on this later). Like many of the leagues from that time (including the American Soccer League, home of the famous Bethlehem Steel FC dynasty), they included teams owned by factories and other businesses. One example of this is manufacturing company John H. Harland Co.

Also like the rest of the country, Atlanta saw a swift death to the sport during the Depression. Leagues folded countrywide and fans moved onto other things. The true passion never died, though, and sprang back into life in the 1960s. 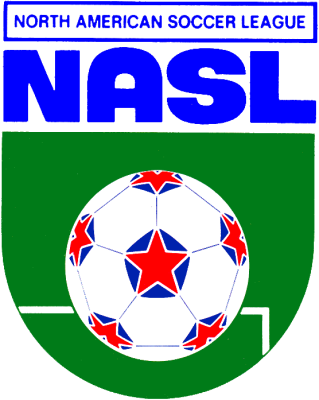 The North American Soccer League (NASL) is possibly one of the most famous soccer leagues in the US simply because of the New York Cosmos and Pele. However, that team and that player weren’t around in the beginning. One team that was: the Atlanta Chiefs, who actually played against Pele when Brazilian club Santa came in 1968 in front of a then-record 26,713 spectators.

In fact, the Chiefs were the first team to win the coveted Soccer Bowl trophy, in 1968. Phil Woosnam, head coach of the time, would become commissioner of the NASL through 1983. The Chiefs would go on to be runners-up in 1969 and 1971 but not achieving much of note on the field. Off the field, though, the team and the league sparked something that would build up to this day.

At the same the NASL was getting its start, so was the Atlanta District Amateur Soccer League (ADASL). This league was like the earlier amateur leagues in the city, with teams operating independently and made up of a mix of amateurs, former professionals, and anyone else interested. The ADASL still operates to this day and actually utilizes a promotion & relegation system so many in the country clamor for. While the play isn’t always necessarily amazing, teams like Smyrna SC, Sandy Springs FC, and GA Tech Club give you someone to root for no matter which district you live in.

The Chiefs folded in 1972 but reopened from 1979-1981 under the direction of Ted Turner to limited success. Woosnam was booted out of the NASL in 1983 and the league folded shortly thereafter. Things weren’t looking too hot, even with the ADASL going strong.

For whatever reason, though, youth soccer grew exponentially. The Georgia Youth Soccer Association reported 200 registrants in its first year (1974) but saw over 80,000 in 2001 with (almost) no professional presence. Soccer fields began to pop up all over the state. 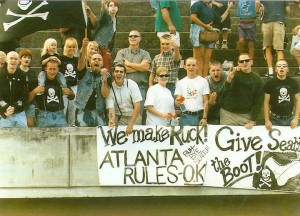 A combination of the 1996 Olympics and the 1994 World Cup lead to a sort of soccer revolution, albeit a small one. Interest in the sport grew during the mid-90s which was also when MLS began play. Simultaneously, in Atlanta, the Atlanta Ruckus joined the A-League and defeated the Vancouver Whitecaps on May 5, 1995.

The American Professional Soccer League, or A-League, started in 1990 and was the de facto top tier until MLS came along. This league also included now-big names like Seattle Sounders, Montreal Impact, and Portland Timbers. Eventually, this league turned into the United Soccer League, or USL.

In 1998, new owners changed the name of the Ruckus to the Silverbacks in honor of the famous gorilla Willie B. of the Atlanta Zoo. During their time in the USL, the Silverbacks saw sometimes decent numbers and made it to the finals twice, losing both to the Seattle Sounders.

The Silverbacks are still in operation although in an entirely different league. The NASL reformed in 2010, combining with the USL that year and becoming the official second tier in 2011. The Silverbacks sat out 2009-2010 but came back in 2011. However, they wouldn’t see real success until mid-2012 when former US Men’s National Team forward and Fox Soccer Channel commentator Eric Wynalda joined as coach and technical advisor. In 2013, under then head coach Brian Haynes, the team won the Spring Season Championship and was runner-up in the Soccer Bowl, losing to a reformed New York Cosmos.

Women’s soccer has also seen some success in the city. As a result of the US Women’s National Team winning the World Cup in 1999, teams and leagues began popping up all over the country, including Atlanta. The Silverbacks actually have a women’s team that plays under the same name.

There were also two incarnations of Atlanta Beat, from 2001-2003 and 2009-2011. The first team played in the Women’s United Soccer Association and reached the playoffs in all three seasons they played. The second version of the team played in the Women’s Professional Soccer league and featured current stars like Carli Lloyd and Hope Solo. Both leagues folded, though, and Atlanta was not selected as an initial city for the National Women’s Soccer League. Don’t be surprised if that changes soon, though.

So now the next era of Atlanta’s soccer history sees an MLS team coming to town. The sport has seen its ups and downs in the city but it’s not only survived but managed to thrive. The huge numbers that watched the World Cup in Atlanta only solidifies what everyone in the area already knew: ATL bleeds soccer, and it’s ready for the next stage in 2017.